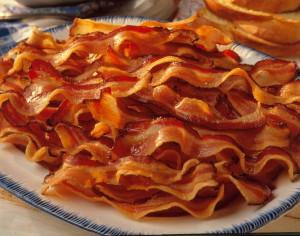 My boyfriend loves anything bacon. Bacon for breakfast, bacon for lunch, bacon for dinner–he’d do it if he could. So ever since we’ve been together, I’ve been trying to make recipes that included bacon. Here’s some stuff I’ve learned along the way:

1. There is a difference between bacon bits and bacon crumbles. Bacon bits are almost like a spice, they’re small pieces of bacon flavor that sometimes isn’t even the real thing. In my opinion, bacon bits are of no use to anyone who wants to bake with bacon. Always use bacon crumbles. I find them in the same aisle as the salad dressing.

2. With that being said, I usually only use bacon crumbles. Unless it’s morning breakfast, I usually don’t cook raw bacon for my lunch and dinner recipes that call for it, I use crumbles instead to shorten the prep time.

3. Pork Belly. This cut of pork may as well be a plate of bacon. It’s fatty, salty, and tastes exactly like bacon- but better. My boyfriend ordered a plate of pork belly for dinner the other night while we were eating out, and ever since we’ve been unsuccessful tracking it down in the grocery store. It only comes around every now and then, so pay attention for it!

4. Turkey Bacon. The healthier version of bacon, and it tastes pretty darn close. It can be found where bacon is in your grocery store. Unfortunately, I have yet to find a “turkey bacon crumbles”, but let me know if you ever do! 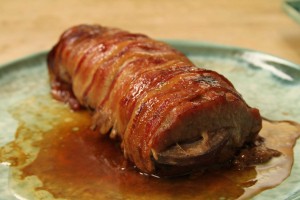 Check out these recipes below: #anythingbacon 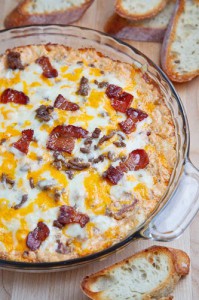 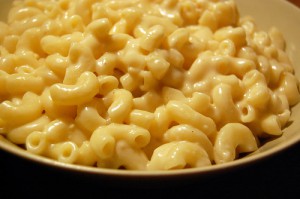 Creamy and cheesy Macaroni and Cheese with Bacon Crumbles. 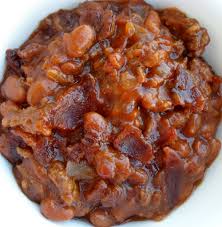 Search by ingredient, hashtag, or keyword